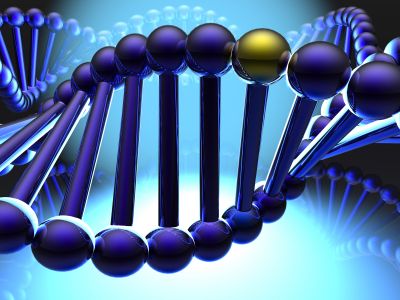 "As the old saying goes 'one man's meat is another man's poison."

We know that some people do really well on a low carbohydrate diet others on higher amount of carbohydrates. Wouldn't it be wonderful to know what is the best diet and way of eating for us as an individual?

There are now genetic tests available which can tell you, based on your own individual genetic make-up, the foods you'd be better off avoiding, the foods you'd do well to eat more of, and the supplements that are especially useful for you.

The idea of individuals having different responses to the same circumstances is evident in everyday life. We all know of someone who has smoked all their life and drinks like a fish but is skipping around, bursting with health, right into their 80s and 90s. But someone else dies of lung cancer, smoking the same amount of cigarettes, before the age of 45.

Some people can get away with much more because of their genes and others can't. One study looked at 28 pairs of males identical twins (identical twins share the same genetic make-up), one twin being a couch potato and the other a long distance runner. For six weeks the twins were given a high fat diet and then switched to a low fat one for the next six weeks. The researchers wanted to see the difference between lifestyle and genes. At the end of each six week period, their cholesterol levels were measured. Each pair of twins reacted similarly to the change in diet, regardless of their level of exercise. So some pairs of twins were very sensitive to the high fat diet and others did have any changes in cholesterol no matter how much they ate or exercised. As the study stated 'Our experiment shows how important our genes are. Some people have to be careful about their diets while others have more freedom'.

It would be very useful to know what you 'can get away with' or whether you need to more careful because of your genetic make-up. This information is now possible with the advent of genetic testing.

What do these genetic tests measure?

These genetic tests measure something called SNPs (pronounced 'snips' - which are single-nucleotide polymorphisms). SNPs are changes which occur in the DNA sequence and there are some SNPs which can make us more likely to store fat around the middle of the body, or some that can increase the risk of heart disease or diabetes.

You have a certain genetic make-up, but what you eat and how you live can determine the consequences of those genes. The same for that 45 year old who smoked. If he had known that his genetic make-up made him more susceptible to cancer then maybe he would have a big enough reason to stop smoking before it killed him.

Testing for SNPs has now been used in cancer treatment and over time will alter the way conventional medicine is practiced. In the future, two different people with the same disease but different genetic make-ups will be prescribed a completely different drug cocktail to better ease their condition.

This genetic test measures 22e SNPs which will give you information about your risk of certain diseases (such as heart disease, diabetes) and indicate what is the best way for you to eat depending on the results and what supplements are going to be the most important for you to take on a daily basis because of your genetic make-up.

The SNPs measured in this test also show whether your body is able to effectively breakdown and clear out fat and whether you have an impaired ability to remove cholesterol from the cells and blood stream. The test also looks at your ability to detoxify not only pollutants in general but also substances like oestrogen. The proper detoxification of oestrogen is critical for prevention of breast, womb and ovarian cancer and is important when you have fat around the middle as the fat cells can be producing more oestrogen which the body has to detoxify efficiently.

This genetic test also measures whether you have the 'thrifty gene' (APOE) which is mentioned in the Fat around the Middle book. The 'thrifty gene' evolved to help people survive longer than most of us without food. This was beneficial when food supply was uncertain but these days is gives those people who have this gene a distinct disadvantage, rendering them more susceptible to obesity and diabetes. It is useful to know whether you have this genetic variation because it helps you to know the best way to eat for your genetic make up.

There are some diseases that are inherited where the progression of that disease is inevitable but that is not always the case. There are many variations of genes (SNPS) which can be switched on or off depending on our environment, diet and lifestyle and so may progress to any illness like heart disease or may not.

The important point about genetic tests is that they give you information. A good analogy is to think of life as being dealt a hand of cards. Some of these cards you can't change - you'll be stuck with them for the whole game - while others, although you'd have preferred something better, might be useful depending on how you play them. But what if you were not allowed to even look at the hand of cards at all. You'd have no chance of winning.

Samples should be returned to the laboratory by Next Day Delivery, Monday ﾖ Thursday only. Samples received outside of the suggested postage dates may be discarded and the patient asked to repeat the test.

Please be advised that the tests that you have bought on the Natural Health Practice will be managed by our recommended clinic Glenville Nutrition Clinic.

If you need any further information about how your personal data is used please contact help@naturalhealthpractice.com

If you are not sure whether this is the right test for you then click 'which test should I take?' and follow the checklist which will help to ensure you have made the correct choice.