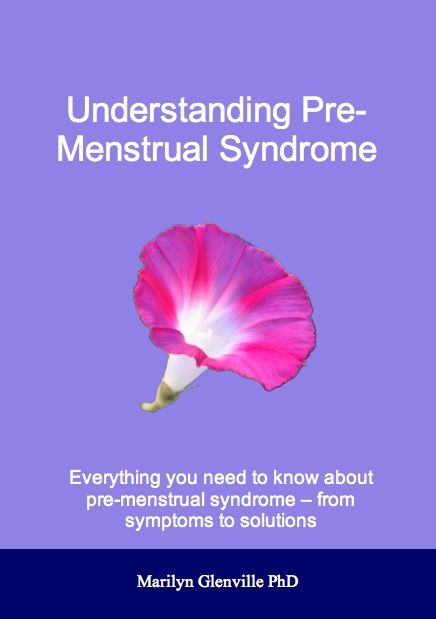 Skip to the beginning of the images gallery
Trustpilot
Details
"Fifteen years ago, doctors claimed that PMS did not exist. Today, it’s one of the most common conditions suffered by women, with symptoms that can be anything from mildly inconvenient to positively debilitating.
"Admittedly, some women sail through their cycles without a mood swing or a hint of discomfort. But they are pretty rare: PMS is estimated to affect 70 to 90 percent of women during their childbearing years. And 30 to 40 percent of women are believed to have symptoms severe enough to interfere with their daily lives.

What is Pre-Menstrual Syndrome?
"This is a term used to describe any symptoms that occur after the middle of your cycle (ovulation) and disappear almost as soon as your period arrives. The crucial point is not what symptoms you experience, but when.
"Dr Katharina Dalton was the pioneering doctor who first used the term pre-menstrual syndrome. Before this time, the problems associated with the second half of the cycle were called pre-menstrual tension (PMT). When Dr Dalton began publishing her work in 1953, she realised that tension was only one symptom of what many women experienced in the weeks prior to their periods. A syndrome is simply a group of symptoms that characterise an illness, and its use was obviously appropriate in the case of pre-menstrual disturbances. Therefore, Dr Dalton changed the name from PMT to PMS, making it possible to include many more symptoms that occur at that time.
"PMS became headline news in 1981 when a woman used the diagnosis of PMS as defence in a criminal case. After an argument, this woman had killed her boyfriend by running him over with her car. She said that 'she just snapped' and the diagnosis of PMS was accepted for grounds of diminished responsibility. She was given a conditional discharge for 12 months and banned for driving for 12 months.

What are the symptoms?
"This is where things get complicated. Over 150 symptoms are now believed to form part of the syndrome, and these include:

"The personality changes associated with this time of the month can be very severe. Indeed, some women describe a ‘Jekyll and Hyde’ change, in which they literally become a different person pre-menstrually. Most interestingly, perhaps, the majority of women are aware that their feelings and the way they think are different – even irrational – but they have no control over those feelings. Other women see everything in a negative light and will often burst into tears for no real reason while others will experience serious depression..."


REMEMBER:
When you order this e-book you will receive an extra 2 e-books ("The Foundation of Health" and "Using Natural Medicine") worth over £15 absolutely free.