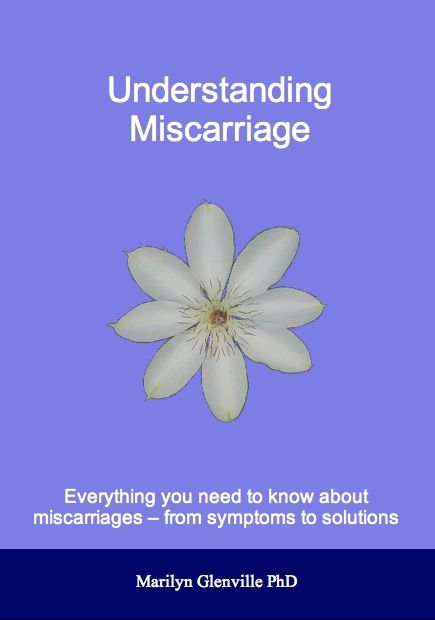 Skip to the beginning of the images gallery
Trustpilot
Details
"Suffering a miscarriage is one of the most devastating things that can happen to a woman, and to her partner. Many women conceive easily and are not emotionally or physically prepared for the shock of losing a baby.
"To make it worse, there are often complaints that the medical profession lack sympathy, and investigations into the cause are normally not even considered until you have suffered three miscarriages. It may seem a callous approach, but the reason for this response is simply that miscarriage is extremely common. In fact, one in four pregnancies end in miscarriage, usually before the twelfth week of pregnancy. Many women miscarry without having been aware that they were pregnant. Nevertheless, if you do suffer a miscarriage, no amount of reassurance that it is ‘normal’ or ‘common’ can ease the pain.

What is a miscarriage?
"A miscarriage, which is also known as ‘spontaneous abortion’, occurs when a baby (foetus) is lost spontaneously before the 24th week of pregnancy. After this time, the death of a baby is called a ‘stillbirth’.
"Many women feel well and will not notice anything untoward before a scan confirms that the baby has stopped developing and died. In this situation, the miscarriage is called a ‘missed abortion’ because the baby has died, but has not been expelled from the womb. In some cases, a fertilised egg will not have developed, or developed poorly. On a scan, this would show as a pregnancy, but there would be no embryo because the foetus will have stopped growing early on. This is known as a ‘blighted ovum’. Unfortunately, you may not know anything is wrong until you have the first routine scan, which is a great shock to an expectant mother.

Are there any symptoms?
"In the case of a threatened miscarriage, where the risk of losing your baby is increased, you may experience..."


REMEMBER:
When you order this e-book you will receive an extra 2 e-books ("The Foundation of Health" and "Using Natural Medicine") worth over £15 absolutely free.